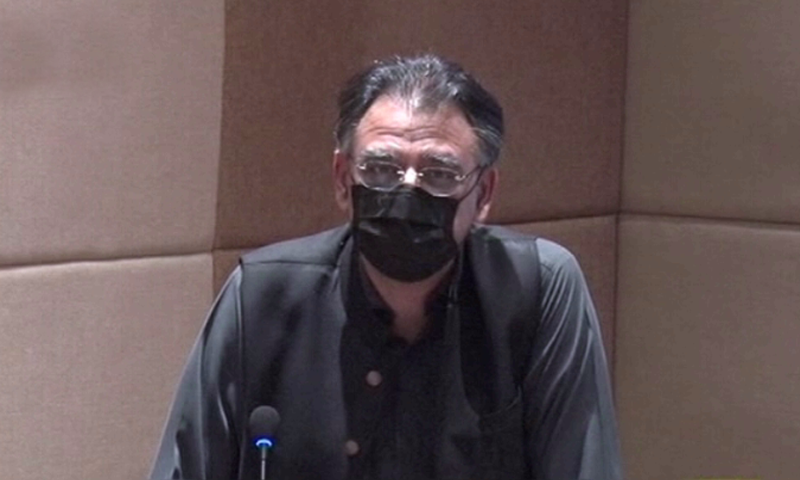 Federal Minister for Planning, Development and Special Initiatives Asad Umar said on Friday that 21 per cent of Islamabad’s target population had been vaccinated against Covid-19.

Addressing the Islamabad Chamber of Commerce in the capital, Umar said the city had reached a point in terms of vaccinations where the “first rays of sunlight had started to appear”.

He said the inoculation campaign was progressing comparatively better in Islamabad than in other parts of the country, adding: “21pc of Islamabad’s target population has gotten itself vaccinated.”

The “bad news”, he said, was that there was capacity for more vaccinations than this, adding that “the faster we do this work, the faster we will permanently escape [this situation].”

He said the current vaccination capacity in Islamabad was 20,000 shots daily while the average number of first dose administrations was 7,000 shots.

The minister said there was a need to run a vaccination campaign with help of the businessmen and traders because they stood to benefit the most from it.

Umar gave the example of Massachusetts, which according to him was completely lifting restrictions and going towards reopening because it had reached a certain stage of the vaccination process.

“It is only a matter of a few weeks, not months and years when we can completely escape this [situation in Islamabad].

“The faster we increase vaccinations, the sooner we will get the opportunity to remove all restrictions,” said the federal minister, adding that he wanted to see no restrictions in place on Eidul Azha so businesses and traders could be free to work.

“I believe the NCOC will provide you full help and if your leadership is present then we want to send a message through you […] your real help is needed in vaccinating your employees in your businesses,” said Umar.