About 35,000 People Rally Against COVID-19 Restrictions In Vienna – Police 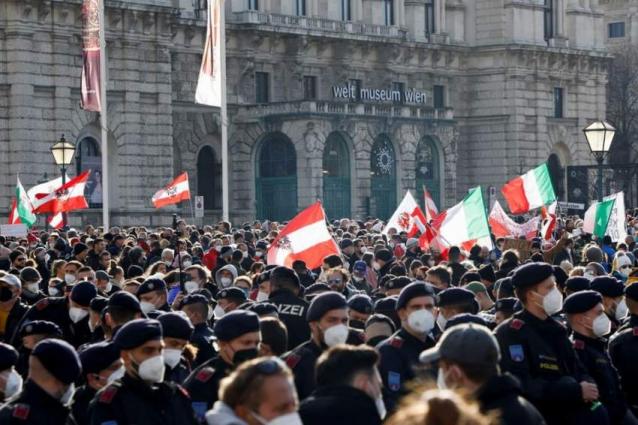 About 35,000 people have gathered in Vienna on Saturday to protest against new COVID-19 restrictions, a city police spokesperson told Sputnik

The organizers have announced that 11 demonstrations in total will take place in Vienna on Saturday, mostly against the new restrictions. The largest rally started out from the Human Rights Square, where 5,000 people were expected to gather, according to the organizers. A Sputnik correspondent reported from the scene that thousands of people have been marching down the streets of the Austrian capital.

“About 35,000 people have taken part in the demonstration,” the police said.

The atmosphere surrounding the march has been rather tense, and the police have already arrested several people after protesters began throwing beer cans at law officers working security detail, the spokesperson said.

Opponents of restrictions took to the streets of Vienna after Austrian Chancellor Alexander Schallenberg announced another full lockdown due to COVID-19 and the start of a universal compulsory vaccination from February 1, 2022.