Thousands of protesters defied authorities and gathered in the Dutch capital Amsterdam on Sunday to oppose coronavirus restrictions, leading to clashes and arrests.

“This is Holland! Power to the people!” chanted one protester.

The demonstrators rallied in one of the city’s main squares, according to an AFP journalist, despite Dutch authorities banning the protest beforehand. 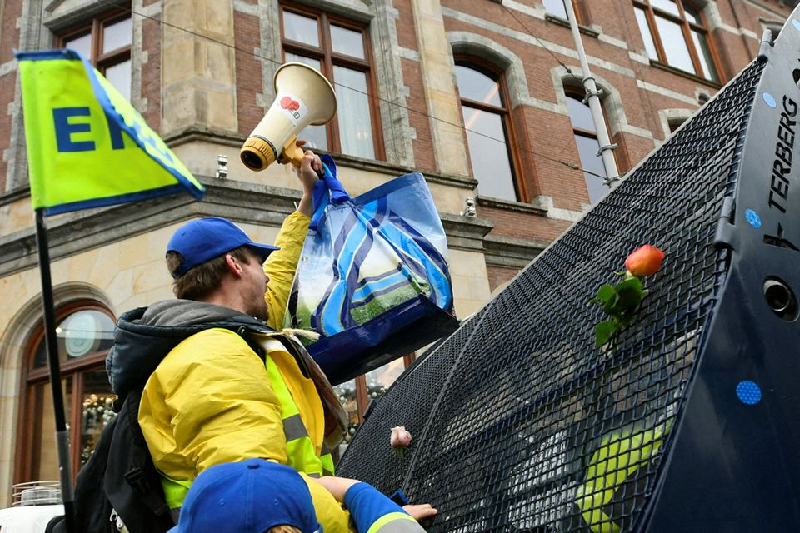 Opponents of Covid restrictions imposed in the Netherlands protest despite a ban by local authorities, in Amsterdam. PHOTO: REUTERS

Amsterdam mayor Femke Halsema issued an emergency ordinance, empowering police to clear the central Museum Square, after the protesters violated a ban on holding public gatherings during the latest wave of coronavirus infections. 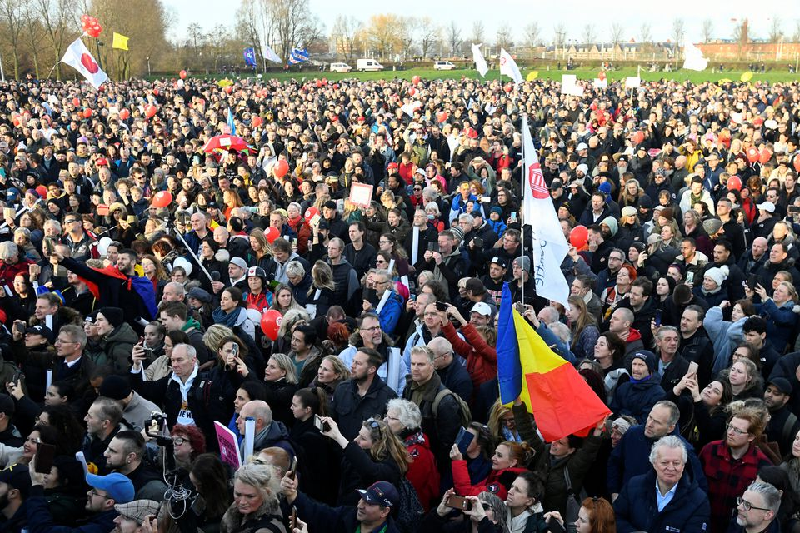 The protesters, who mostly did not wear masks and broke social distancing rules, also ignored an order not to hold a march and walked along a main thoroughfare, playing music and holding yellow umbrellas in a sign of opposition to the government measures.

Prime Minister Mark Rutte announced a lockdown one week before Christmas on December 25 in response to a fresh wave of Covid infections fuelled by the Omicron variant. 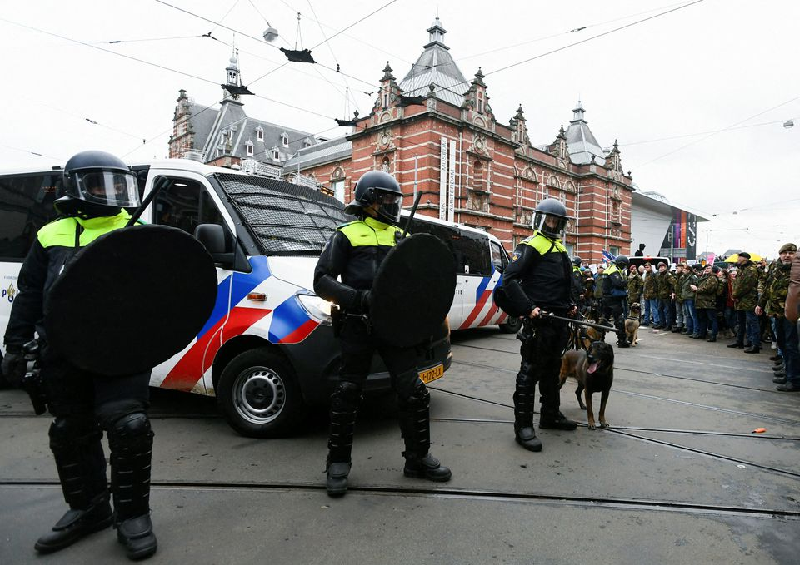 Police officers stand guard as opponents of restrictions imposed in the Netherlands to contain the spread of the coronavirus disease protest despite a ban in Amsterdam. PHOTO: REUTERS

Only two people may meet outdoors, with an exception for burials, but no travel restrictions were imposed.

Like other European countries, the Netherlands imposed the measures in an effort to prevent a fresh wave of the Omicron variant of the coronavirus that could overwhelm an already strained healthcare system.