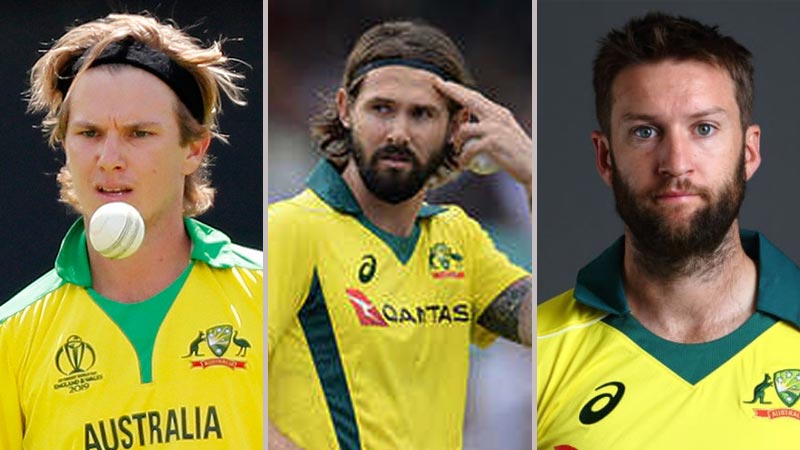 MELBOURNE: Australia’s Adam Zampa, Kane Richardson and Andrew Tye have cut short their Indian Premier League (IPL) season and headed home as India struggles with a massive surge in COVID-19 cases. Tye, who was with the Rajasthan Royals, flew to Sydney on Sunday, citing the “stress of bubble life” and concerns about borders closing in Australia. “I just thought I should try and get on the front foot and get home before I got locked out of the country,” he told Australian radio station SEN. Zampa and Richardson followed suit, with Royal Challengers Bangalore on Monday saying the pair were returning to Australia for “personal reasons”. India off-spinner Ravichandran Ashwin has also pulled out of the IPL.

A number of Australia’s top cricketers remain in India, including batsmen Steve Smith and David Warner plus paceman Pat Cummins. Australian fast bowler Nathan Coulter-Nile said he felt safer in the tournament bubble. “I was surprised to see AJ go home, then Zamps and Richo, but when you speak to them, you definitely understand where they’re coming from,” the Mumbai Indians player told cricket.com.au. “I feel like it’s safer for me to stay in the bubble… Worst comes to worst, we’ll have to quarantine in Dubai for a couple of weeks before we can fly home.” Australia said last week it would cut flights from India and reduce the number of its citizens able to return from other red-zone countries to prevent more virulent strains of COVID-19 spreading.

Governing body Cricket Australia and the Australian players union said they were in “regular contact” with Australian players, coaches and commentators at the IPL. “We will continue to listen to feedback from those on the ground in India and the advice of the Australian government,” the bodies said in a joint statement. Kolkata Knight Riders’ Cummins donated $50,000 to an Indian coronavirus relief fund to help purchase oxygen for hospitals. “I encourage my fellow IPL players – and anyone else round the world who has been touched by India’s passion and generosity to contribute,” Cummins said. India reported 352,991 new COVID-19 cases on Monday, the fifth straight day of record peaks. IPL organisers have said they will push on with the tournament amid growing criticism. An IPL governing council member said on Sunday the league provided a “much-needed distraction from all the doom and gloom”.