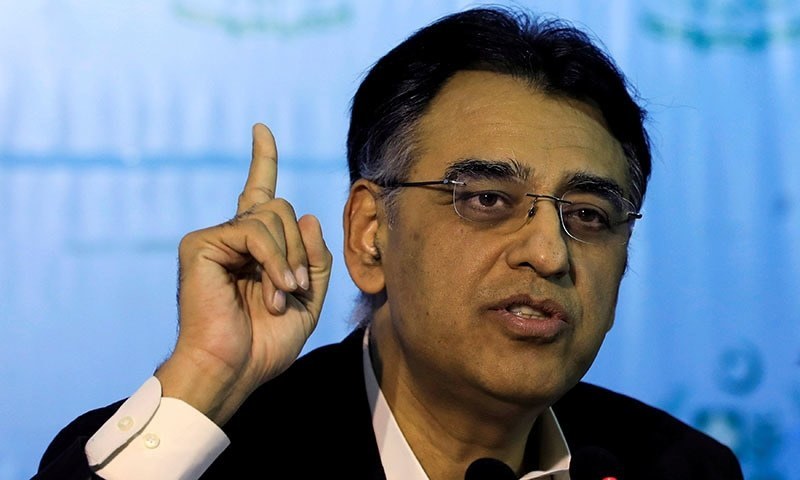 Federal Minister for Planning, Development and Special Initiatives Asad Umar said on Friday that there are clear signs of a fourth Covid-19 wave starting in Pakistan.

In a message on Twitter, the minister said: “Two weeks ago, I had tweeted that our artificial intelligence models are showing the possible emergence of a fourth wave. Now there are clear early signs of a fourth wave starting.”

In another tweet, the minister said field reports were showing a complete disregard of the condition of vaccination for those attending indoor weddings, and going to indoor restaurants and gyms.

“If the owners of these facilities do not show responsibility and ensure compliance, there will be no choice but to shut them down,” he said.

Umar’s warning has come just a day after Prime Minister Imran expressed worry in a video message over a looming fourth wave of Covid-19 and termed the Delta variant the “biggest concern”.

In his message to the nation, the premier had referred to Afghanistan, Indonesia and other countries hit by the Delta variant and expressed concern over the upward trajectory of Covid-19 cases in Pakistan, just days after they were on the decline.

“We fear the Indian variant could strike Pakistan and as a precautionary measure, we need to adhere to the SOPs,” he had said.

Earlier, the National Command and Operation Centre (NCOC), the nerve centre of Pakistan’s coronavirus response, had confirmed the presence of different variants of coronavirus in Pakistan, including the Delta variant, Beta variant that was first detected in South Africa, and the Alpha variant that was discovered in the United Kingdom. The NCOC had said that these variants were detected in Pakistan in May and June.

The confirmation came amid an uptick in Covid-19 cases in the country.

According to the government’s Covid-19 portal, the number of daily Covid-19 cases dropped from four digits to three digits on June 25. The daily cases being reported remained close to the 900 mark till June 27 and further fell to 735 on June 28. Then the number of cases gradually started increasing and doubled in just one week. The positivity rate, which stood at less than 2 per cent in June, crossed 3pc after a gap of 20 days on Wednesday.

On Friday, Pakistan reported over 1,000 Covid-19 cases for the third straight day. The country recorded 1,737 coronavirus cases and 27 deaths during the last 24 hours.

Despite a rise in cases, Umar has said the government will not impose a complete lockdown during the fourth wave of the pandemic.

Addressing an oath-taking ceremony of newly appointed members of the National Youth Council on Thursday, the minister had, however, added that a proposal for smart lockdowns was on the cards.

Police, families to be vaccinated against Covid at their doorsteps