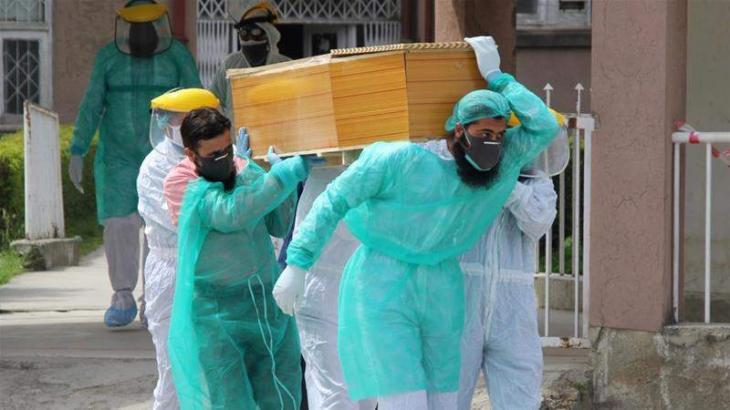 The NCOC says that 4, 934 new cases of Coronavirus surfaced in different parts of the country during the same period.

The figures shared by National Command and Operation Centre (NCOC) showed that 4, 934 new cases of Coronavirus surfaced in different parts of the country during the same period. According to the latest statistics, 59,397 tests were carried out during this period and the positivity rate remained 8.30 percent.

Sindh province is the most affected region of the country with 406,109 infections, followed by the Punjab province which has reported 368,195 cases.

Yesterday, the National Command and Operation Center (NCOC) had reduced the interval between both doses of COVID-19 vaccinations from 42 to 28 days in a bid to speed up vaccination drive across the country.

Covid-19 boosters can help most exposed: WHO

Corona claims 65 more lives in Pakistan within a day