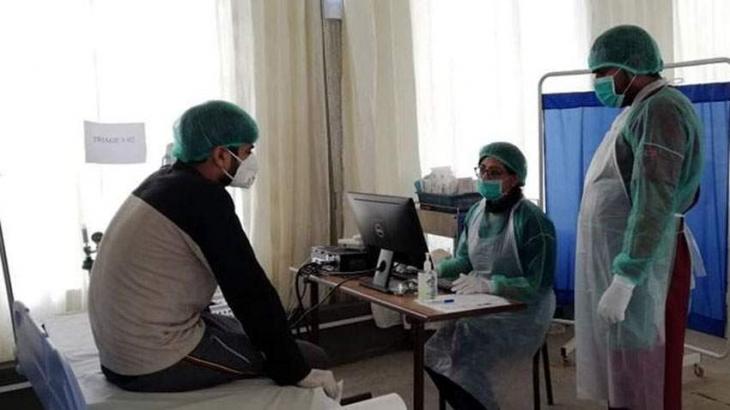 NCOC data shows that 4,619 new positive cases surfaced in different parts of the country during the last 24 hours.

The official figures shared by National Command and Operation Centre (NCOC) showed that 4,619 new positive cases surfaced in different parts of the country during the last 24 hours.

The officials conducted as many as 59,504 tests and positivity ratio remained 7.76 per cent.

The death toll due to pandemic has now reached 24,266.

According to a local tv report, even toddlers are being infected with the Delta variant of the COVID-19 in Lahore as the number of cases is rapidly increasing in Punjab’s provincial capital.

The fourth wave of the pandemic was spreading rapidly in Punjab, especially in Lahore, where five more children were diagnosed with the Delta variant, the Children’s Hospital Lahore confirmed.

Professor Saleem said that three to four children are being admitted to the hospital on daily basis with Delta variant infection. The health department did not make any decision so far to vaccinate the children against the COVID-19, said sources.

Meanwhile, so far 305 infections of Delta variant have been reported in Punjab, said the provincial health ministry.

Pakistan registered 79 more COVID-19 deaths during the past 24 hours, taking the country’s overall death toll to 24,266.

The National Command and Operation Center (NCOC) said that the country’s number of overall confirmed cases rose to 1,089,913 after the emergence of 4,619 new infections.