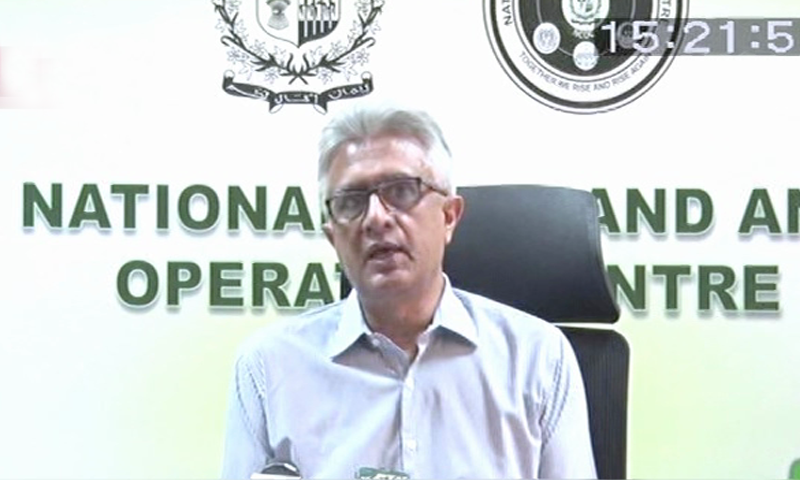 Special Assistant to the Prime Minister (SAPM) on Health Dr Faisal Sultan said on Monday that Covid-19 variants, particularly the Delta variant that was first discovered in India, were impacting Pakistan’s current epidemic.

Addressing a media briefing in Islamabad, SAPM Sultan said: “We have shown a lack of care as well but side-by-side, the effect of new virus variants, especially the Delta variant, is appearing in our epidemic.”

Umar’s warning had come just a day after Prime Minister Imran Khan also expressed the worry in a video message over a fourth wave of Covid-19, terming the Delta variant the “biggest concern”.

In his message to the nation, the premier had referred to Afghanistan, Indonesia and other countries hit by the Delta variant and expressed concern over the upward trajectory of Covid-19 cases in Pakistan, just days after they were on the decline.

“We fear the Indian variant could strike Pakistan and as a precautionary measure, we need to adhere to the SOPs (standard operating procedures),” he had said.

The NCOC has also confirmed the presence of different Covid-19 variants, including the Delta variant, in Pakistan. At least 15 people were diagnosed with the variant in Rawalpindi district last week, according to Divisional Commissioner Syed Gulzar Hussain Shah. Authorities have recommended smart lockdowns in 10 localities of Rawalpindi from where the Delta variant cases were reported.

In his message today, Sultan said it was necessary to bring about compliance with current non-pharmaceutical interventions (NPIs) and the government would make efforts for that through two ways: mass appeal to the nation to follow restrictions such as mask-wearing and avoiding crowds and administrative actions to increase compliance, particularly focusing on big cities and tourist destinations.

He added that smart lockdowns would also be used again and “we think there are controls and restrictions needed on mobility as well.”

Additionally, vaccination will be mandatory for tourism and this requirement will be “strictly enforced” during the upcoming Eid holidays upon the National Command and Operation Centre and health ministry’s insistence, said Dr Sultan.

The SAPM emphasised that vaccines were a “very important strategy” to combat Covid-19, adding that ample number of doses were present in the country.

“Around 450,000 vaccines doses were administered yesterday and an additional six million doses are coming.”

SAPM Sultan said vaccination was the only way to “protect our population from Covid-19 spread”.

Fourth COVID-19 spiralling out of control in Pakistan