While virtually delivering a statement at the United Nations during the handover ceremony for the chair of the G77 and China on Friday, he said: “A herculean global effort will be needed to enable the developing countries to recover and move back to the path of achieving the SDGs within the targeted timelines.”

“The developing countries need the financial support of at least $4.3 trillion to do so.”

He said, “Today, the world is facing a triple crisis – the Covid-19 pandemic; the related economic downturn; and the threat posed by climate change.

“We are still battling a vicious virus which has taken a massive human, economic, social and psychological toll. Our group had warned that if all the world’s people, including those in the developing countries, were not rapidly vaccinated, the virus would roam and return.” 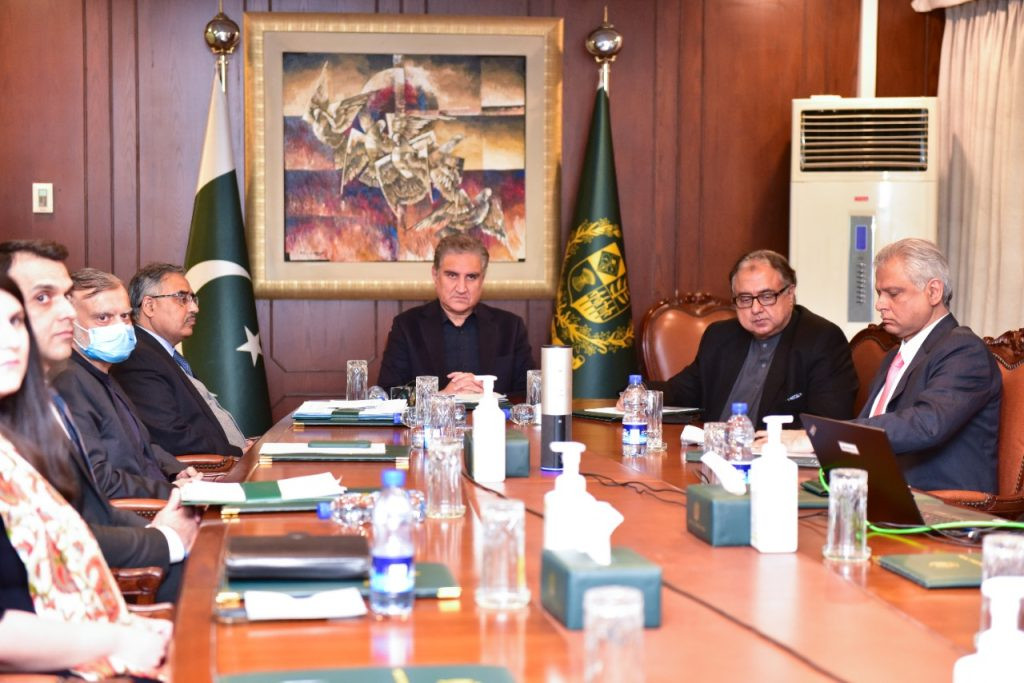 FM Qureshi added: “Due to vaccine inequity, this is what we are witnessing. It is why we are meeting virtually today. The lesson must be learnt. Vaccine production and universal distribution, and reinforced health systems, are the best response to the mutating Covid-19 virus and to ending this pandemic.”

The pandemic, he went on to say, had affected the developing countries disproportionately. “Both because of weak health systems and meagre resources, millions in our countries had suffered enormously and mostly in silence.”

He said, “Apart from lost lives, over 150 million have been pushed into extreme poverty. More than two score developing countries are in debt distress. A few have already defaulted. Over twenty countries are food insecure. Famine stalks some, especially in conflict zones in Africa and in Afghanistan.”

The achievement of the Sustainable Development Goals and Agenda 2030 had been set back by at least a decade, he said adding these resources must be mobilised from all possible sources: debt restructuring; fulfilment of the 0.7 per cent ODA target; redistribution of the $650 billion new SDRs; and larger concessional finance from the IMF and the multilateral development banks.

“Developing countries cannot recover if their budgets are further constrained by austerity packages, imposed increases in energy prices, and weakening of their currencies. No country must be prevented from serving its people, he added.

He underlined the need to address the structural and underlying causes of underdevelopment and growing inequality.

He congratulated the Foreign Minister of Guinea Dr Morissanda Kouyate on successfully leading the group of 77 and China during the last year.

He also thanked the 134 members of the group for reposing their trust in Pakistan to chair the group of 77 and China in these challenging times.

The foreign minister said during the past forty-five years, the group had made significant contributions towards advancing the economic and social objectives of the developing countries.

“The group had conceived many of the innovative ideas and approaches for international economic cooperation, such as the 0.7 per cent ODA target; special and preferential treatment for developing countries in trade; and duty-free market access for the Least Developed Countries (LDCs).” 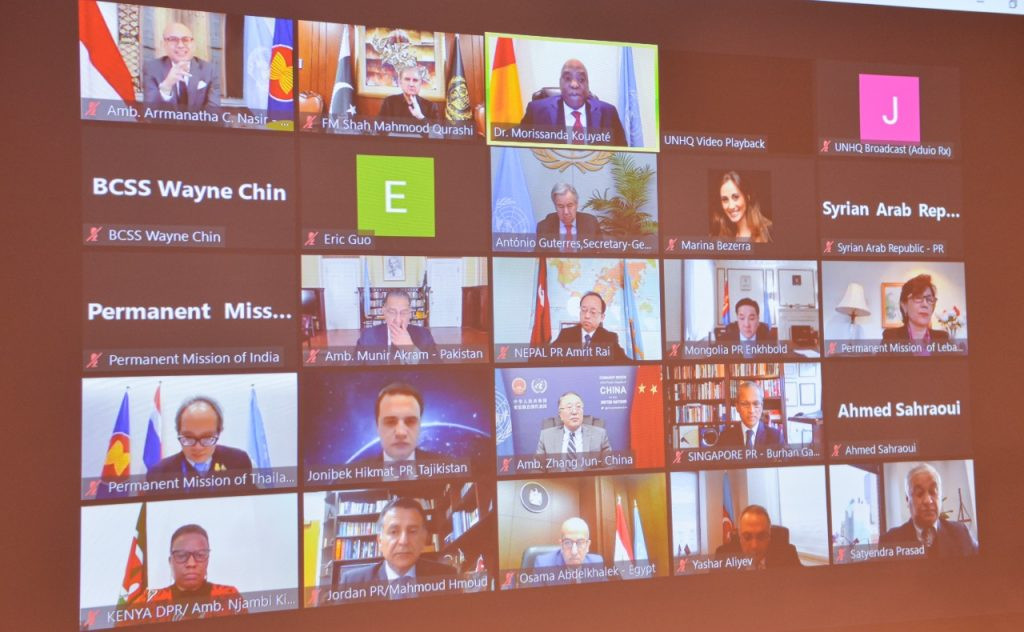 From the first UNCTAD Conference through the Rio Summit, the adoption of agenda 2030 and the SDGs, to the recent Climate Change Summit in Glasgow, the group of 77 and China, and its members, have been the propellants of progress in international development negotiations, he added.

“In the current trying times, it is essential for our group to retain cohesion and unity in its collective endeavours to ensure and promote prosperity for our peoples in conditions of equity and equality.”

He said, “The massive financial injections – of over $17 trillion – in the richer countries have revived economic growth, most developing countries are still in the grip of the most severe recession in a century.“

Despite the G-20’s debt suspension and expanded financing from development institutions, the developing world had access to less than $100 billion in additional money to stimulate their economies, he added.

Qureshi said with demand reviving in the richer countries, and disrupted production and supply chains, prices of all commodities and essential goods had skyrocketed, adding the burden of inflation to the challenges facing the developing countries and especially the most vulnerable sections of their population.

“One critical issue is the illicit outflow of trillions of dollars from the developing countries, draining their ability to achieve sustained growth and development. The stolen assets of developing countries must be returned without delay and obfuscation. We need to adopt new instruments on money laundering and tax cooperation, and establish a UN body to monitor, halt, and reverse illicit financial flows, as recommended by the FACTI Panel.”

He called on the group of 77 and China to promote appropriate reforms to the international financial architecture and the world trade regime to induct equity and advance development goals. “World finance and trade cannot continue to leave the most vulnerable behind.”

“Our countries need to install adequate infrastructure – in energy, transport, manufacturing, agriculture – to realise sustained growth. An investment of $1.5 trillion is needed annually in sustainable infrastructure in developing countries. The UN can and must play a leading role in mobilising this investment.

“Together with the pandemic and the development crisis, our countries also confront the existential threat of climate change and environmental degradation. The developing countries have contributed the least to the climate crisis. Yet, we are the ones which suffer its greatest consequences.”

Bold promises were made by the industrialised countries at the Glasgow COP-26, he said, adding it remained to be seen if these promises– to curb carbon emissions by 45 per cent by 2040; to provide over $100 billion annually in climate finance, and double adaptation finance; to respond to the “loss and damage” suffered by the developing countries – will be fulfilled.

He said Pakistan will work with all members of our group to develop effective and concerted action to respond to the multiple challenges confronting our countries.

He hoped that the group will be able to convene the Third South Summit in Uganda this year. Pakistan will work with Uganda to ensure the success of the summit which will offer an opportunity for the group to set out its policies and priorities for the next decade, coinciding with the decade of action to implement the SDGs, he added.

“We will also make every effort to enhance coordination, transparency, and consistency in the work of the group of 77 and China.

“Our countries and peoples confront monumental challenges. We need to change policies that perpetuate inequality and poverty. We need a positive response from the north to the legitimate objectives and aspirations of the developing world. We will not secure either without mutual support, solidarity and unity. These three aspects should be one guiding principle as we endeavour to build a better tomorrow for our peoples.”