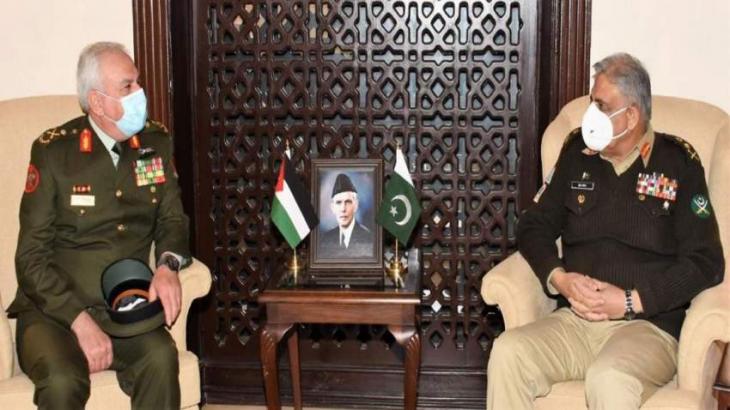 UNITED NATIONS, (UrduPoint / Pakistan Point News – 28th Jan, 2021 ) :By Iftikhar Ali The UN Economic and Social Council (ECOSOC) President, Ambassador Munir Akram of Pakistan, has renewed his call for ensuring equitable access and distribution of the coronavirus vaccine, saying it was “vital” to control the deadly pandemic and for quick recovery of the virus-hit world economy.

“If the vaccine is not available through a large part of the developing world, the virus will roam and return, triggering periodic shutdowns,” he said, while pointing out that it would further impede the economic recovery in the developing countries and slow down the global recovery.

In a virtual address to a session of the Geneva-based Intergovernmental Group of Experts on Financing for Development, Ambassador Akram stressed the need for fully supporting the COVAX Facility for vaccine distribution by funding the 20 billion shortfall as soon as possible.

The fourth session on “Financing for Development: Towards a more coherent and consistent multilateral system: Priority policy proposals” was organized by the Pakistan Mission to the U.N. in Geneva, presided over by Ambassador Khalil Hashmi.

In his remarks from New York, Ambassador Akram said that developing countries needed fiscal space and significant additional liquidity for the revival of economy.

In this regard, he said action was need on Pakistan Prime Minister Imran Khan’s five-point proposal which calls for equitable supply of COVID-19 vaccine to developing countries and suspension of debt repayments for most stressed countries until end of pandemic.

The ECOSOC chief said the G-20 industrialized countries’ Debt Service Suspension Initiative (DSSI) was welcome but wasn’t enough as it should be extended to cover all distressed developing countries, including the Small Island Developing States (SIDS).

No solutions were in sight for a large part of the debt owed to private sector, Ambassador Akram said, adding some sort of an understanding should be reached with the credit rating agencies to enable that sector to participate.

He called for new guidelines for debt resolution, including a more universal framework in the shape of an international debt authority, as has been discussed in the United Nations Trade and Development (UNCTAD).

Ambassador Akram said the requirement for transparency should not become a precondition for help to the developing countries.

Noting that debt solution may be a slow process, he suggested provision of larger concessional financing from Multilateral development banks (MDBS) and the International Monetary Fund (IMF).

“The mobilization of the 100 billion annually in climate finance is now both a financial and a political condition for the global implementation of the Paris Agreement,” he said.

As for a new financial architecture, the ECOSOC chief proposed a fair international taxation system; digital economy; prevention of illicit financial flows, and the return of stolen assets.

The session concluded on Wednesday evening, with Ambassador Hashmi saying that he was encouraged by valuable insights and priority policy proposals. What was needed, he said in a tweet, was revitalized multilateralism, urgent and coordinated global actions to counter inter-linked health, economic and climate crises.

Later, Ambassador Akram joined the President of the UN General Assembly, Volcan Bozkir of Turkey, in a briefing to the 193-member body on their plans for the year 2021.

This practice of joint briefings, first instituted in 2019, is aimed at ensuring coherence, address overlapping mandates, and improve the efficiency, content and quality of the work of the UN system.

UNGA President said that such a coordinated approach was needed now more than ever with recovery from looming COVID-19 pandemic and with urgent action needed to accelerate progress on the 2030 development Agenda.

Ambassador Munir Akram, the ECOSOC president, called the event a “testament of the close cooperation we have maintained and to our shared determination to ensure that the General Assembly and ECOSOC complement and reinforce each other’s work during these uncertain times.” Noting that the UN is challenged in unprecedented times, he said the COVID-19 pandemic continues to unfold as a health, social, economic, and humanitarian crisis, disproportionately affecting the poorest and most vulnerable peoples and countries. The pandemic, he said, had pushed around 100 million people into extreme poverty and resulted in the loss of millions of job around the world.

Ambassador Akram said the call for international solidarity by last December’s General Assembly’s special session on the response to COVID-19 will be carried forward in the ECOSOC under the annual theme of achieving an inclusive and sustainable recovery from the pandemic that puts the world on track to realize the Sustainable Development Goals (SDGs).