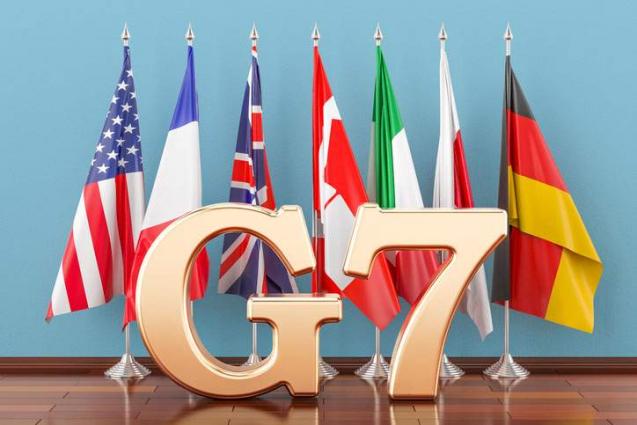 The leaders of the Group of Seven agreed on Friday to increase cooperation on the health response to the COVID-19 pandemic, and committed $7.5 billion in collective support to the COVAX initiative for equitable global access to vaccines

LONDON (UrduPoint News / Sputnik – 19th February, 2021) The leaders of the Group of Seven agreed on Friday to increase cooperation on the health response to the COVID-19 pandemic, and committed $7.5 billion in collective support to the COVAX initiative for equitable global access to vaccines.

“Drawing on our strengths and values as democratic, open economies and societies, we will work together and with others to make 2021 a turning point for multilateralism and to shape a recovery that promotes the health and prosperity of our people and planet,” the G7 said in a statement issued at the end of a virtual meeting hosted by UK prime minister Boris Johnson.

The leaders of Canada, France, Germany, Italy, Japan, the UK and US also pledged to work together and strengthen their support to the World Health Organization to prepare against future health risks.

“We will work with the WHO, G20 and others, especially through the Global Health Summit in Rome, to bolster global health and health security architecture for pandemic preparedness,” they said.

Ahead of Friday’s virtual meeting, a global movement campaigning to end extreme poverty and preventable disease said that some of the world’s richest countries are on track to stockpile over one billion more doses of the COVID-19 vaccines than they need to immunize their entire population.

According to ONE Campaign, Australia, Canada, Japan, the United Kingdom, the United States and the European Union have bought so much doses that they could inoculate their citizens and still have a surplus of one billion doses, which would be enough to vaccinate the entire adult population of Africa.

The seven most industrialized western countries also committed to help the most vulnerable nations and put global ambitions on climate change at the center of their plans and support Japan to hold the Olympic and Paralympic Games Tokyo 2020 in a safe and secure manner this summer.

As part of its goal to “build back better” from the pandemic, the G7 also announced that they engage with other large economies such as China, although the leaders will consult with each other on collective approaches to address “non-market oriented” policies and practices.

Friday’s virtual closed-door meeting was the first gathering of G7 leaders since April 2020 ahead of the groups face-to-face summit scheduled for Cornwall, England, in June.