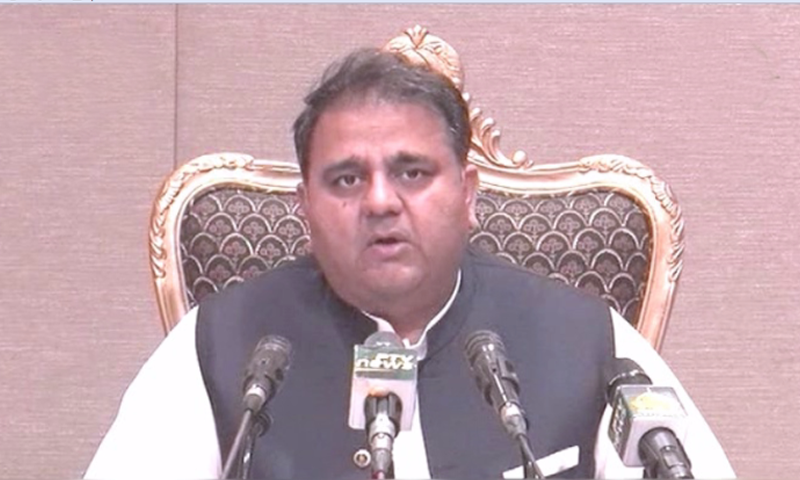 Minister for Information and Broadcasting Fawad Chaudhry said on Tuesday that there was a need for precaution in Karachi, warning that if coronavirus standard operating procedures (SOPs) were not implemented properly in the metropolis, the effect on the rest of the country would be felt “very fast”.

During a press conference in Islamabad, Chaudhry criticised the Sindh government for lack of implementation on coronavirus SOPs. “If you look at the chief minister (Murad Ali Shah) and PPP, it seems like the whole of Pakistan is following their SOPs and policies. I will tell them to look at their own matters.”

Giving a countrywide breakdown of the percentage of compliance with SOPs, Chaudhry said Islamabad was ahead at 88 percent, followed by Azad Jammu and Kashmir at 82pc, Punjab at 69pc, Gilgit Baltistan at 67pc and Khyber Pakhtunkhwa at 66pc.

“The least implementation of SOPs was seen in Sindh, especially in Karachi,” he shared, adding that this was why the province’s Covid-19 situation had not gotten better despite other provinces witnessing “stabilisation in the rate of cases”.

He said that Pakistan’s supply chain started from Karachi because of the port which was why the government was “very worried” about the Covid-19 situation in the city and the rest of Sindh. “The [Sindh] government has not been successful in implementing SOPs,” he said.

The minister said that a “lockdown” had been imposed on Eidul Fitr and it was expected that the coronavirus situation would “stabilise” as a result.

Editorial: If Pakistan’s Covid positivity rate goes any higher, it will face a situation similar to India’s

“The expectation is that the Sindh government will implement SOPs [as well],” he said, adding that it would lead to a reduction in the number of new cases in Sindh as compared to other provinces where infections had declined recently.

The minister said the federal cabinet, in its meeting today, approved the provincial government’s request to deploy Pakistan Army in Sindh to help enforce SOPs.

According to the data released today, 3,377 people tested positive in the last 24 hours while 161 people lost their lives with most fatalities being reported in Punjab and KP.

Earlier today, Minister for Planning and Development Asad Umar said that there has been a “significant improvement” in compliance with SOPs, especially after the government took “stronger enforcement measures including military deployment”.

“National average compliance has doubled from 34% on 25th apr to 68% on 3rd may. Need to sustain and build on this compliance level specially till eid,” he tweeted.

After a continuous rise in Covid-19 cases for almost three months, a downward trend was finally witnessed on Monday as both the positivity ratio and the number of cases declined.

However, experts believe that Pakistan has been facing a situation similar to that of last Ramazan and the number of cases may increase again if people violated the coronavirus-related SOPs as they did during the Eid holidays last year.