‘If NCOC doesn’t, we will take decisions ourselves,’ says Murad on tightening Covid restrictions – Pakistan 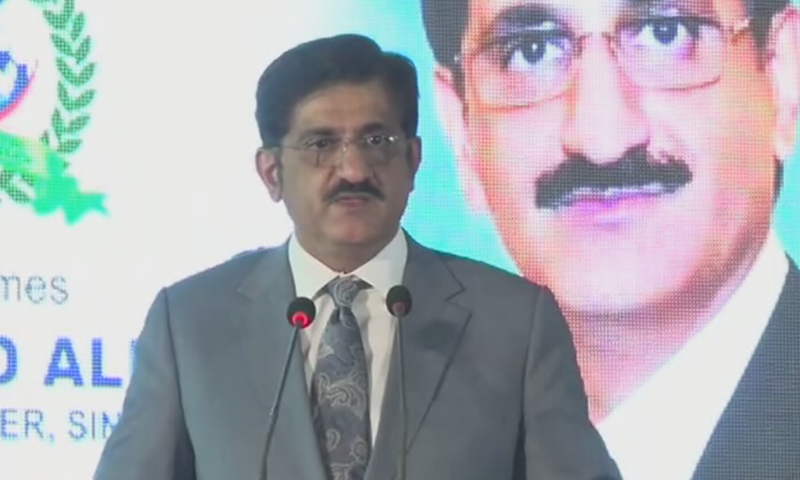 Sindh Chief Minister Murad Ali Shah on Thursday said that if the National Command and Operation Centre (NCOC) did not take decisions on further tightening coronavirus restrictions, especially a two-week ban on inter-city transport, then “we will take decisions ourselves”.

Speaking during the inauguration ceremony of the Institute of Animal Health in Korangi, Karachi, Shah said Pakistan was “saved” from a coronavirus wave as bad as India’s last year because it shut down domestic travel through airplanes and trains.

He said he had recently recommended to the NCOC that inter-city transport be shut down for two weeks and the minister in charge of the forum — Asad Umar — assured him that it would be considered.

Referring to reports yesterday that Prime Minister Imran Khan had rejected the Sindh government’s suggestion for a complete lockdown, Shah said the premier “has his own stance”.

“I reminded him (Prime Minister Imran) that one year ago, the Sindh government had taken the initiative for which we had to listen to a lot [of criticism]. If it was such a bad idea, why did the other three provinces and Centre follow it?” he questioned.

He credited those “initial steps” for the country being “saved” from the coronavirus.

Referring to last year’s criticism of India’s strict lockdown, he said the neighbouring country had not imposed a curfew initially.

“The mistake that India made was to tell everyone to go home. Millions of people went towards their villages in trains and buses,” he said, adding that as a result, the people “infected each other and their villages”.

However, Pakistan was saved from a similar situation because it shut down domestic travel, he said.

The chief minister said he gave the same recommendation to the NCOC this time as well, clarifying that his suggestion was not rejected.

“The NCOC said it will consider it.”

Shah said he has called a meeting of the provincial task force on coronavirus. “If the NCOC does not take decisions, we will take them ourselves,” he emphasised.

He said he had also recommended to the NCOC to open registrations for the Covid-19 vaccinations to people of all ages so the country’s demand could be estimated.

“Unfortunately, our country is among the bottom-most in terms of vaccination in the region. Bangladesh, India, even Afghanistan — all are ahead of us,” he claimed.

“I have asked them to make our vaccination campaign more aggressive,” he said, adding that the NCOC “appreciated” the recommendation and said it would consider it.

Shah said there were areas in the country that had a positivity rate of 25 per cent while in other areas, the positivity rate was lower than 1pc. “If people gather [in areas with low positivity rates], it will not spread as much,” he added.

However, inter-city travel could worsen the situation, Shah said.

She shared that Rs500 million had been allocated by the Sindh government for the purchase of the single-dose vaccine.

“We want the most number of people to be vaccinated but our vaccination process is slow because we are receiving too few doses. This is why we are trying to administer all the doses we are receiving,” she said.