Indian utilities are scrambling to secure coal supplies as inventories hit critical lows after a surge in power demand from industries and sluggish imports due to record global prices push power plants to the brink.

Over half of India’s 135 coal-fired power plants have fuel stocks of less than three days, government data shows, far short of federal guidelines recommending supplies of at least two weeks. 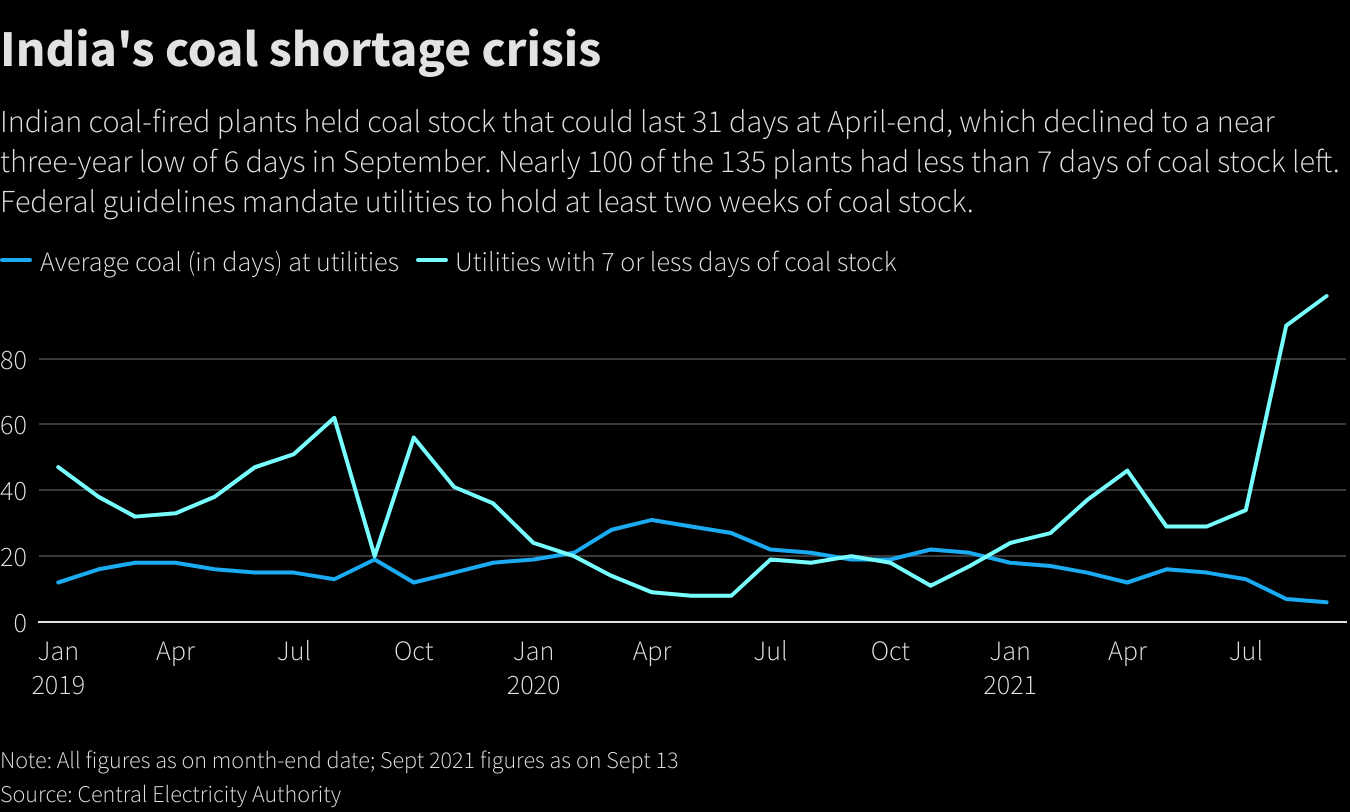 India is competing against buyers such as China, the world’s largest coal consumer, which is under pressure to ramp up imports amid a severe power crunch.

“The supply crunch is expected to persist, with the non-power sector facing the heat as imports remain the only option to meet demand but at rising costs,” ratings agency S&P’s unit CRISIL said in a report this week, adding it expected Asian coal prices to continue to increase.

“Coal inventory at (Indian) thermal plants will improve only gradually by next March.”

Indian power producers locked in long-term agreements with distribution utilities cannot pass on higher input costs unless a clause to pass on such expenses are written into the contract.

Traders and officials at utilities said buying by power plants dependent on imported coal had been muted due to high prices. Websites of major coal importing state utilities did not show any new tenders seeking new cargoes this month.

The September Indonesia coal price benchmark was as much as seven times higher than similar quality fuel sold by Coal India to Indian utilities, according to Reuters calculations.

“Traders who bought coal from Coal India in the spot auctions are making a killing. They are selling at 50-100% premiums,” said a senior official in charge of sourcing coal at a large Indian utility operator.

India is the world’s second largest importer of coal despite having the fourth largest reserves. Utilities make up about three-fourths of its overall consumption, with Coal India accounting for over 80% of the country’s production.

India’s power plants are also grappling with surging demand from industries as economic activity rebounds from the latest wave of COVID-19 pandemic.

Power consumption in industrialised states including Maharashtra, Gujarat and Tamil Nadu grew between 13.9% and 21% in the three months ended September, a Reuters analysis of data from federal grid regulator POSOCO showed. 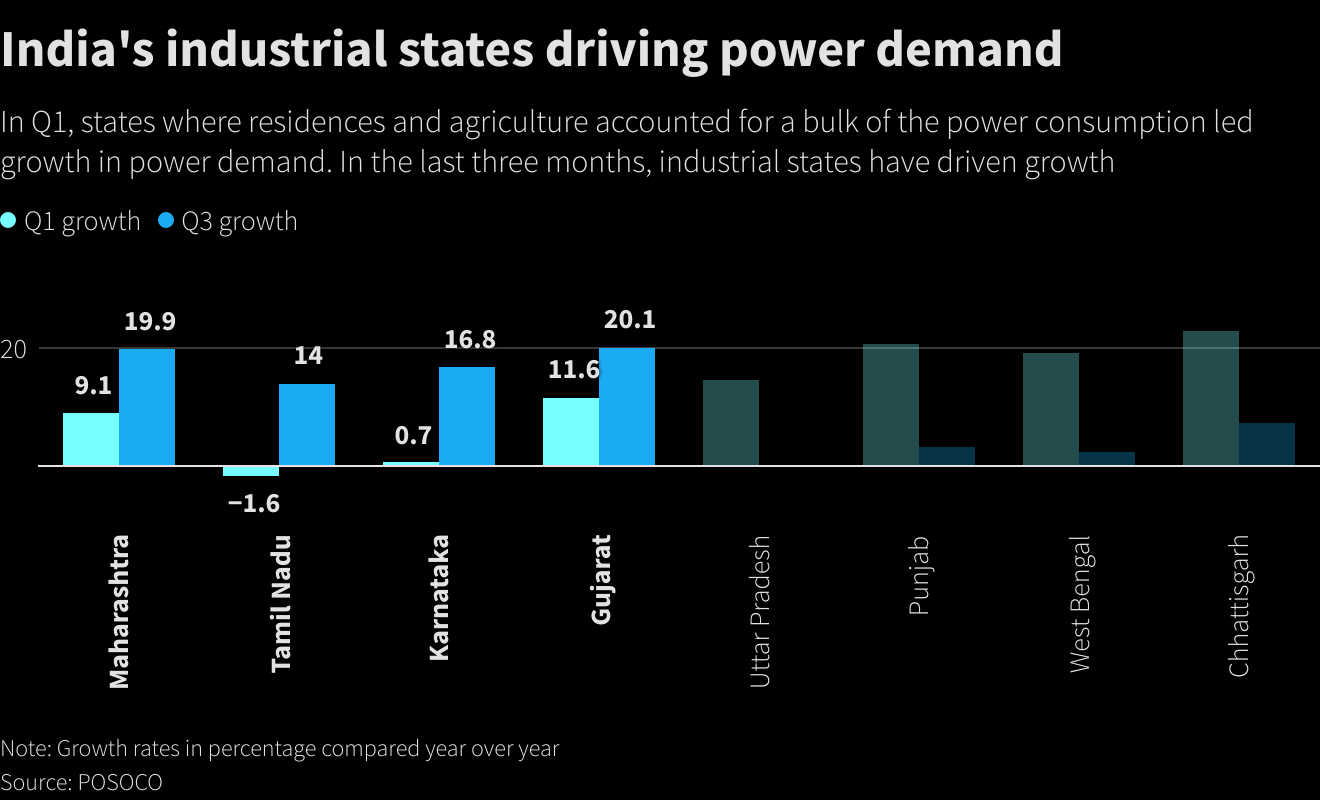 While there have not been any large scale power outages in India, deficits have increased nearly four-fold from the negligible levels recorded last year, POSOCO data showed.

The shortages have so far been mostly restricted to northern states such as Uttar Pradesh, Bihar and Kashmir, the data showed.

“Domestic consumption increased by about 10% in the last two years because of work from home and air conditioning,” a senior Tamil Nadu government official told Reuters.

“Following opening up of industries after the second wave, industries are king,” the official said.