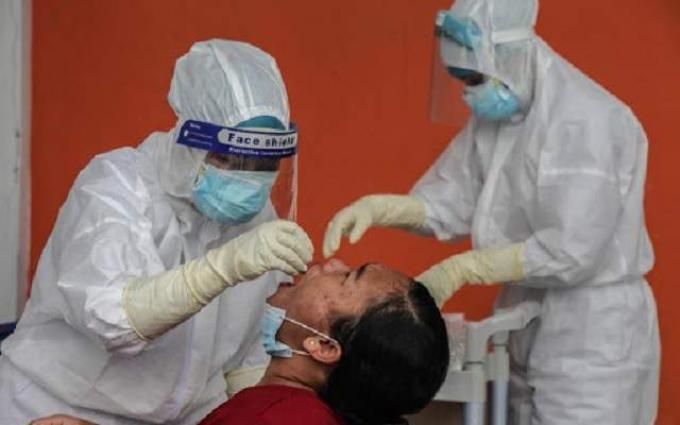 India has now recorded 12.8 million cases, the third-highest behind the United States and Brazil, although those nations have much smaller populations. More than 166,000 Indians have died.

Maharashtra, the worst-hit state and home to megacity Mumbai, has imposed a night curfew and weekend lockdowns are due to begin on Friday evening.

“We have also extended the timing of night curfew from 8 pm to 6 am… This will be in force until April 30,” Gujarat chief minister Vijay Rupani said in a video message.

Press reports say that hospitals are starting to suffer, particularly in Maharashtra.

One Pune clinic is reportedly giving oxygen support to patients in a makeshift waiting area.

The All India Institute of Medical Sciences (AIIMS), one of Delhi’s biggest government hospitals, will from Thursday end walk-in consultations to minimise infections, reports said.

The government has so far shied away from reimposing a nationwide lockdown after a shutdown in March 2020 — one of the world’s toughest — caused widespread human and economic misery.

Many Indians lowered their guard after infections slowed sharply in late 2020, with huge crowds thronging religious festivals such as the Kumbh Mela which on one day last month saw three million attendees.

Spectators were also allowed at cricket matches between India and England in Gujarat, while political rallies for state elections have drawn huge crowds, including an estimated 800,000 at one event hosted by Modi.

India has so far administered almost 90 million vaccine shots but experts say that the government’s target of inoculating 300 million people by August risks being missed with many scared to get the injections or complacent about the virus.