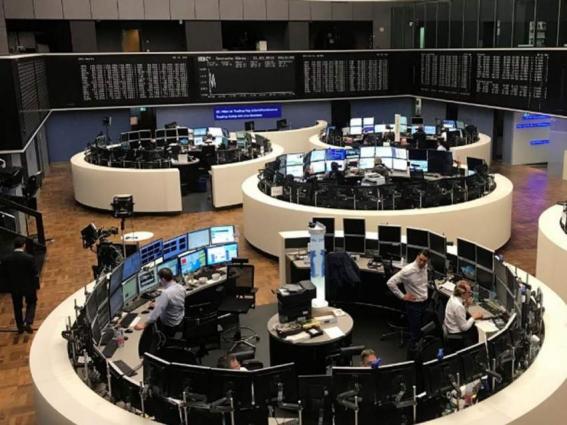 World stocks mostly rose Thursday, with London striking its highest level since before the pandemic, with optimism boosted after the Federal Reserve underlined its commitment to record-low interest rates

London’s benchmark FTSE 100 index surged as high as 6,926.68 points, the highest intra-day level in more than a year, before paring gains.

In the eurozone, Paris and Frankfurt also advanced.

“The FTSE 100 hit its best level since the pandemic struck because there is growing confidence in the global and UK economic recovery,” Markets.com analysts Neil Wilson told AFP.

“The minutes from the March (Fed) meeting didn’t reveal anything new, but a reiteration of the Fed’s supportive stance appears to have been a tonic for the markets.” Wilson said that “the Fed’s commitment to keeping short end rates down at a time of massive fiscal expansion means the path of least resistance for equities is up.” – Bad news is good news – Wall Street opened mostly higher, although initial claims for US unemployment benefits unexpectedly rose to 744,000 last week, defying expectations to fall below 700,000.

The Dow opened essentially flat, but the S&P 500 added 0.3 percent from its record close on Wednesday.

“The key takeaway from the report is that it is disappointing labor market data that will convince the Fed that it needs to be patient before removing policy accommodation,” said market analyst Patrick J. O’Hare at Briefing.com.

“That view is apt to sit just fine with the stock market, which relishes the idea that the Fed isn’t going to be raising rates anytime soon,” he added.

While this might not result in big gains for the stock market, “it is the idea that keeps market participants inclined to buy on weakness and the stock market levitating on rotational trading activity.” Traders also kept tabs on the progress of US President Joe Biden’s huge infrastructure plan.

The prospect of another giant spending splurge, coming soon after the passage of his $1.9 trillion stimulus, has added to expectations the country is on course for blockbuster growth.

– Positive outlook – For now, traders are happy to ride the rally as coronavirus vaccination programmes progress, allowing economies to gradually reopen — even if a little slower in some areas than others.

“The short-term momentum appears to remain in favour of the bulls as investors seem happy and willing to bet on an economic rebound over the coming months in light of the robust data in recent weeks,” said Axi strategist Stephen Innes.