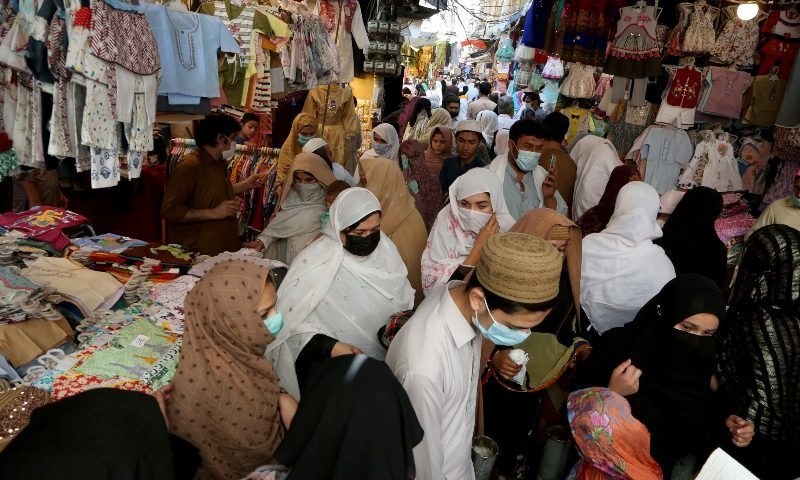 Pakistan has so far not reported any case of a new “Indian strain” — a “double-mutant” variant — of the coronavirus, considered to be responsible for a devastating recent spike in infections in India, an official said on Monday.

Syed Sajid Shah, a spokesman for the federal health ministry, told reporters that the country was still “safe” from the Indian variant. Cases of the UK variant of the virus, however, are being reported, he added.

To prevent the spread of the Indian Covid-19 variant in Pakistan, the National Command and Operation Centre (NCOC) had last week placed India in the category C list, banning entry of passengers from the country through air and land routes for two weeks.

India’s new coronavirus infections hit a record peak for a fifth day on Monday as countries including Britain, Germany and the United States pledged to send urgent medical aid to fight the crisis overwhelming its hospitals.

Infections in the past 24 hours rose to 352,991, with overcrowded hospitals in Delhi and elsewhere turning away patients after running out of supplies of medical oxygen and beds.

A day earlier, Delhi Chief Minister Arvind Kejriwal announced that the city’s lockdown will be extended for another week. He said the current oxygen demand was 700 tonnes, but they were only receiving 330 to 335 tonnes per day.

The situation in Pakistan has been considered to be relatively better, but authorities are racing against time to add more beds and ventilators at hospitals amid a surge in deaths and infections.

On Friday, Prime Minister Imran Khan said he had asked the Pakistan Army to assist the police and law enforcement agencies in enforcing Covid-19 SOPs, warning that Pakistan may soon be facing a situation similar to India if the current trend continued.

The interior ministry issued a notification on Sunday allowing the provinces and federal territories to seek the help of the army to enforce SOPs.

Last week, Pakistan recorded 157 deaths in a single day — the highest daily death toll since the start of the pandemic.