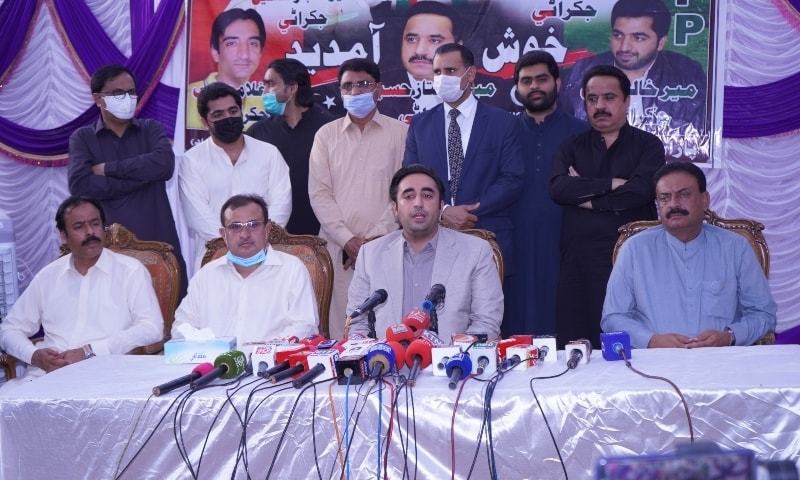 PPP chairperson Bilawal Bhutto-Zardari said on Friday that Pakistan was not sufficiently ready to combat the ongoing third coronavirus wave due to the government’s “refusal” to purchase vaccines for every citizen, which he said was the only solution for the health crisis.

Addressing a press conference in Jacobabad after meeting local PPP leaders and workers, he said the “stubbornness” of the government in refusing to purchase vaccines had led to Pakistan lagging behind other regional countries in vaccine rollout.

“Pakistan is not at all ready to challenge the third [coronavirus] wave which is cropping up and coming in front of us.

“If we are not ready then [it is] only because our federal government [is showing] stubbornness on this policy, that it is not ready to buy vaccines for every Pakistani which is the only solution to this problem.”

Bilawal said Pakistan was trailing behind India, Bangladesh, Afghanistan and Sri Lanka in tackling the pandemic and the vaccination campaign, despite Afghanistan being a war-torn country.

“I think this is a shameful reality and there is no need or reason why Pakistan’s economic growth rate should be behind Bangladesh or Afghanistan.

“If there is a reason then it is only this puppet [government] which has been forced upon us which has no political or economic or historical knowhow and can’t run the Pakistani state.”

Pakistan’s Covid-19 inoculation campaign is currently underway with both the private and public sector operating to deliver vaccines to the population. Special Assistant to the Prime Minister (SAPM) on Health Dr Faisal Sultan had said on Wednesday that 0.8 million vaccine doses had so far been administered in the country.

Pakistan also received its first consignment of 500,000 purchased Covid-19 vaccine doses from China on Wednesday and another 500,000 were expected by Thursday. That would make a total of 2.5m doses — China had earlier donated 1.5m doses of the Sinopharm vaccine which were used to kick off the country’s inoculation campaign.

SAPM Sultan had said that millions of doses of purchased Covid-19 vaccine would continue to come in the following weeks and months.

Separately, the Sindh High Court has also temporarily allowed a private pharmaceutical firm to sell Russia’s Sputnik V Covid-19 vaccine. The first consignment of the privately imported Russian vaccine had arrived in Karachi in March. The Drug Regulatory Authority of Pakistan in January 2021 had given a go-ahead to a local pharmaceutical firm, AGP, to import and distribute the Russian-developed Sputnik V.