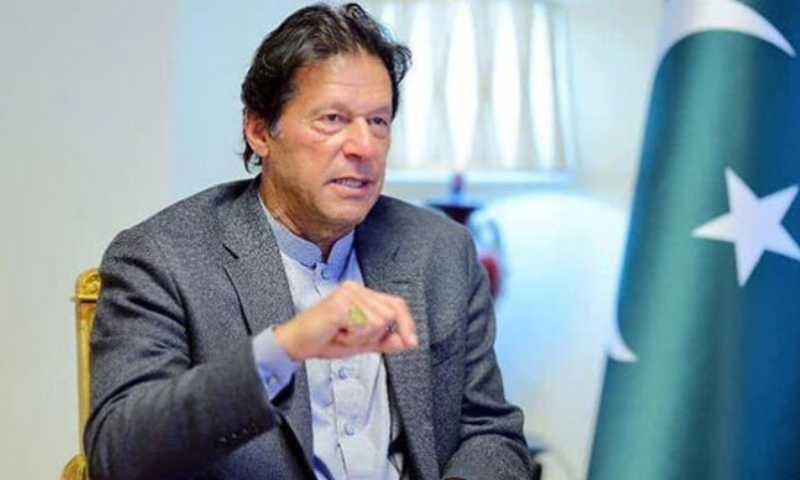 The premier’s positive diagnosis was announced 10 days ago, on March 20.

“He has resumed work gradually and started building up his work routine as per doctors’ instructions keeping in view national and international guidelines,” Javed tweeted, urging the public to take precautions to prevent the spread of the virus.

It wasn’t immediately clear if Prime Minister Imran has returned a negative test.

The premier had gone into self-isolation at home after testing positive for the virus. His wife and first lady Bushra Bibi was also confirmed to have the virus the same day.

Imran came under severe criticism from the opposition last week after he presided over a meeting of his media team at his Banigala residence while he was supposed to be under quarantine.

The opposition said the prime minister had himself violated standard operating procedures despite the third wave of the virus underway in the country and called for the registration of a First Information Report against all the people who attended the meeting for violating the SOPs.

None of the government’s spokespersons could defend the prime minister adequately on his act of chairing a meeting during the quarantine period and many of them avoided engaging with media personnel over the issue.

On Sunday, Special Assistant to the Prime Minister (SAPM) on Health Dr Faisal Sultan said Imran had made “steady clinical recovery” from Covid-19 and that he had been advised that he could resume work and build up his work routine over the next few days.

Following the prime minister’s positive test result, the Ministry of National Health Services had clarified that the premier was not “fully vaccinated” when he contracted the virus.

“He only got the first dose merely two days ago which is too soon for ANY vaccine to become effective. Antibodies develop 2-3 weeks after the second dose of 2-dose Covid vaccines,” it said.

Read: Does one jab of Covid-19 vaccine protect against infection? Experts weigh in

Later, SAPM Sultan said it was important to understand how vaccines worked. “No vaccine works immediately after being administered. Antibodies can take at least two to three weeks to develop.”

He said that for two-dose vaccines, such as the one from Sinopharm, antibodies could take two to three weeks to develop after the second dose.

Speaking to Dawn.com, Dr Javed Akram — a member of the federal government’s Covid-19 task force — said that it was not uncommon for people to become infected with the virus after being vaccinated.