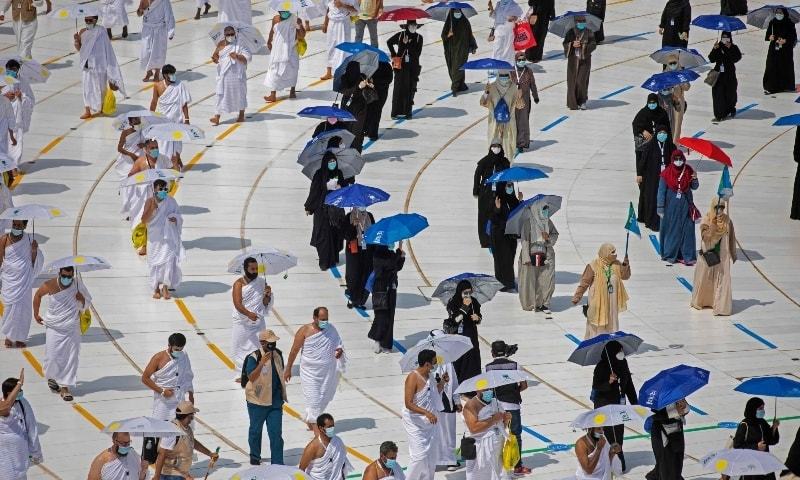 The state-run SPA news agency said nine health ministry officials are among the accused, who have all pleaded guilty.

Some 60,000 Saudi residents with vaccine certificates will join this year’s religious pilgrimage, the second time the gathering has been massively curtailed because of the pandemic.

The suspects in the fraudulent certificates case are alleged to have used social media to advertise their services.

These included changing infection status, vaccination status and whether one dose or two had been administered, SPA reported.

Twenty-one people — nine Saudi citizens and 12 residents — are accused of acting as intermediaries in the fraud.

Those accused of using the illicit services are 76 citizens and 16 residents.

Saudi authorities announced in July that two health ministry officials were among several suspects arrested in a similar conspiracy to change coronavirus data illegally. A criminal investigation was begun into that case, but the number of suspects has not been disclosed.

More than 21 million coronavirus vaccine does have been administered in the Gulf nation of 34 million people, according to health ministry data published on Thursday.

On Wednesday the ministry announced 1,226 new cases and 14 deaths, bringing the total number of infections to 504,960 and the cumulative death toll to 8,020.

Only the vaccinated will be able to enter government buildings, educational establishments or entertainment venues or use public transport as of August.

And only vaccinated workers in both the public and private sectors will be allowed to return to the workplace.

Millions of coronavirus vaccine doses to arrive in Pakistan next week