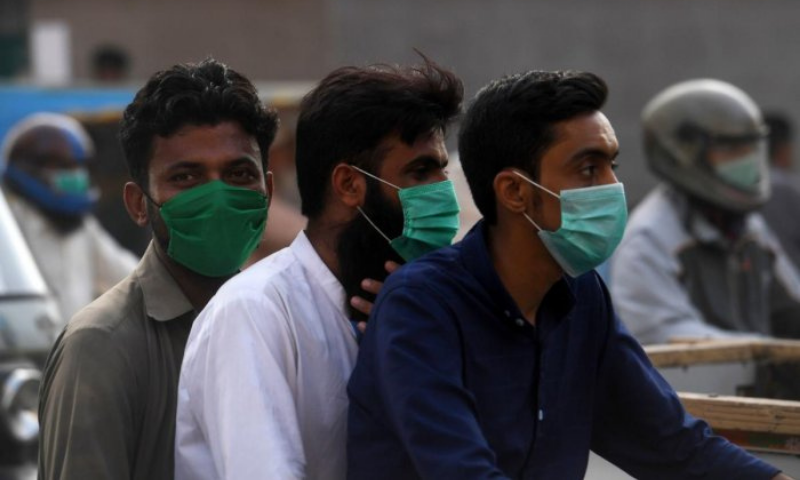 The Sindh government on Monday imposed several restrictions to curb the spread of the coronavirus, including closing down all schools, colleges and educational institutions.

Taking to Twitter shortly after the meeting ended, Sindh government spokesperson Murtaza Wahab said that all government offices will operate with essential staff of 20 per cent, and inter-city public transport will be closed from April 29 (Thursday).

In a separate statement, the spokesperson for the Sindh chief minister said that all government offices in the province will remain closed. “Secretaries will call in their essential staff while the rest will work from home,” he said.

During the meeting, it was decided that indoor and outdoor dining would be banned at restaurants and only takeaway/delivery will be permitted, a statement by the Chief Minister’s Office said.

Shopping centres will close down at 6pm. “If cases continue to increase, then markets will be completely closed down,” the chief minister remarked during the meeting.

During today’s meeting, the health department informed the participants of the coronavirus situation in the province. The meeting was told that the province has a total of 664 ICU beds. “Currently, 453 beds with ventilators are unoccupied,” the Sindh health minister informed the officials.

The meeting was also told that the Dow University of Health Sciences (Ojha campus), the Trauma Centre and Gambat Hospital have their own oxygen plants.

Later, Chief Minister Shah while addressing a news conference said Sindh’s positivity rate was the lowest when compared with other provinces.

He said Sindh had increased the capacity of its hospitals during the pandemic, noting that the province’s ratio of recovered patients was 95pc.

Shah said Sindh’s recovery rate was 10pc higher than other provinces, while its fatality rate was 1.65pc, compared with around 2.75pc of Punjab and Khyber Pakhtunkhwa.

“Despite this, we are worried and we had informed this to [to the federal government] in the April 23 National Coordination Committee meeting,” he said, adding that Sindh at an earlier NCC meeting had stated that it would close inter-provincial transport “but that was not accepted”.

Shah said the Sindh government was worried because the province’s number of Covid-19 patients had increased by three to four times in the past week, noting that it had gone up from 300-350 daily infections to around 900 currently.

Govt opens vaccine registration for citizens aged 40 and above

Meanwhile, Minister for Planning, Development and Special Initiatives Asad Umar said that the government had decided to open up vaccine registration for citizens aged 40 and above from tomorrow (Tuesday).

In a tweet, he said that the decision was taken during today’s National Command and Operation Centre (NCOC) meeting. “Also decision taken to allow walk in vaccination of all registered citizens of 50 plus age group. If you are 40 years or older please register and encourage others to register.”

On Sunday, all provinces as well as Azad Jammu and Kashmir (AJK) and Gilgit-Baltistan (GB) sought the services of the armed forces for enforcing standard operating procedures (SOPs).

After the four provinces and AJK, Gilgit-Baltistan and Islamabad sought the army’s assistance in implementing health guidelines, the interior ministry issued a notification, allowing them to avail the services of the forces.

The announcement came from Interior Minister Sheikh Rashid Ahmed through a video statement, in which he said the federating units could take the services of the Pakistan Army as per their requirements.

The minister said Sindh’s request was not received, but later the provincial government also wrote a letter, requesting assistance from the armed forces.